The Missing Key To Better Policing 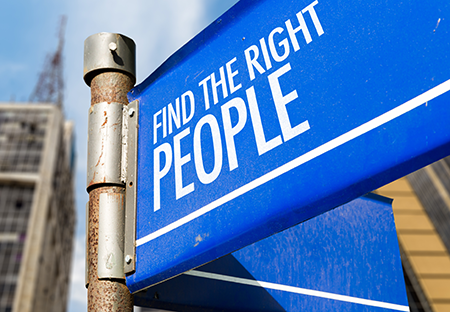 The Missing Key To Better Policing

Today we hear many people focusing on police practices and accountability. Many have pointed to these two factors as the primary cause for the situations or problems receiving publicity. In some cases, it has generated calls for “Police Reform” and even “Defunding the Police.”

Changing the approved police practices increased training, and better accountability are important aspects but are not sufficient for real, long-term change.  It is important not just for the police departments we have seen in the news but for all to look for ways to provide better policing for the citizens they serve.

There are four keys to better policing. These keys are 1) Practices, 2) Training, 3) Accountability, and 4) Selection.

Obviously, instituting improved practices and having officers trained to carry them out is important. As with any position of responsibility, there must be accountability to follow procedures. However, many times problems still occur despite the best efforts because an officer does not follow approved practices; despite being well trained and even knowing they will be held accountable for their actions. In the heat of the moment, an act or reaction can occur despite proper procedures, training, and accountability.

The fourth key to better policing is selecting officers with the attitudes, values, beliefs, and a lack of biases  that are consistent with those who follow policies and are an asset to the community they serve.

Better selection will enable the hiring of officers to replace those who leave or fill current open positions with individuals who do not have the impulses or responses that are under pressure that create liability for the citizens they serve, the department, and the municipality. Additionally, better selection of those hired to become police officers makes training and accountability to follow improved procedures easier.

Police turnover rates are reported as high as 20-25% in many cities. Due to the shortage of sworn officers in many cities, many departments have reduced the type of crimes they respond to in-person.  They even request less serious crimes be reported using the police website. While not all municipalities have high turnover rates, most still have a significant number of open positions to fill.  The better selection of police officers is a key factor in changing or improving culture and reducing incidents that cause a liability to the community and the police department.

According to the International Association of Police Chiefs, the typical hiring process in a police department consist of 8 steps. These steps are 1) basic application and prescreening questionnaire, 2) written exam or entrance test, 3) physical fitness/ability test, 4) background investigation, 5) drug testing/medical exam, 6) polygraph, 7) oral board, and 8) psychological evaluation. Much of the process has become highly structured and focused on past actions.

Those involved in the selection process are experienced police officers who naturally focus on past behavior and have been trained to uncover “the what” rather than “the why.” But, unfortunately, sometimes a candidate’s behavior, values, and attitudes that cause future problems are missed.  Even the process of using the same set of questions in the oral board and its highly structured approach makes it easier for red flags or concerns not to be fully explored. The red flags can identify the potential for future problem behaviors.

Usually, the last step of the process after a conditional offer of employment has been given, the candidate takes one or usually two psychological assessments and meets with a psychologist. The most commonly used assessment is the Minnesota Multiphasic Personality Inventory (MMPI-2), a clinical assessment tool used by mental health professionals to help diagnose mental health disorders. However, this assessment or any used to diagnose mental disorders, due to the Americans With Disabilities Act requirements, cannot be used until after an actual conditional offer of employment has been given. As a result, this critical assessment occurs at the end of the hiring process.

The psychologist provides recommendations of one of three levels which can be characterized as “Acceptable to Hire,” “Not Acceptable to Hire,” and “Acceptable With Concerns or Reservations.” It appears the “Not Acceptable to Hire” recommendation is very infrequent. The high number of  “Acceptable to Hire” reports could be for two reasons.  One reason would be because the assessments used are designed to measure overall mental health rather than the attitudes, values, and beliefs that lead to acts of misconduct and liability. Some feel another reason could be that the psychologist believes that the police department’s selection process does a good job screening out those who would exhibit future problem behavior and may not be as diligent as needed.

In reviewing the sourcing of a number of police departments, it appears they rely on traditional sourcing techniques such as applying at the organization’s website, online job boards, and on-campus recruiting. The number of positions that need to be filled and more selectivity in the selection process will mean the average department will require significantly higher applicant flow than in the past. Employing state of the art sourcing such as social media, image building, pro-active community assistance, and even artificial intelligence tools may be required.

The police department are doing their best to hire quality candidates who will become a credit to the department and serve the community. However, the typical hiring process, as it evolved, has and is failing to sufficiently identify or predict officer misconduct and acts of excessive force. There is an immediate need to improve the selection process and the selection tools used in that process.  It is paramount that police departments be more effective in screening out those who have tendencies for violence and misconduct and screening in those who have the behavior and interest to be long-term positive members of the police force.

At Outlaw Group, we have over 30 years of experience in assisting organizations to hire, reward, and keep top performers. For the past year, we have been researching the challenges faced by police departments in selecting and hiring police officers, especially the entry-level patrol officer position.

To help address this problem, we have been adapting proven selection strategies and systems to meet the challenging issue of staffing a police department with officers who can succeed in today’s demanding climate. For the last seven months, we have worked closely with the Mount Pleasant Police Department, on a pro-bono basis, applying the strategies and systems we developed, especially in terms of screening out applicants who are likely to engage in acts of misconduct. We also focused on the ability to screen in the applicants who have the attributes to develop a long-term, positive relationship with the community.

Consulted: Personality Assessment In Police: A 2021 Century Perspective by Peter A. Weiss, Ph.D.

Why Psychological Screening Of Police Candidates Is Necessary: The History And Rationale by J Janik. Abstract. Office of Justice Programs, US Department of Justice.

Cities Spend Millions On Policeman Misconduct Every Year. Here’s Why It’s So Difficult To Hold Departments Accountable. By Amelia Thompson-DeVenux, Laura Bronner and Danini Sharma published there Feb 22, 2021, on www.FiveThirtyEight.com.

The Workforce Crisis And What Police Agencies Are Doing About It, September 2019, Police Executive Research Forum 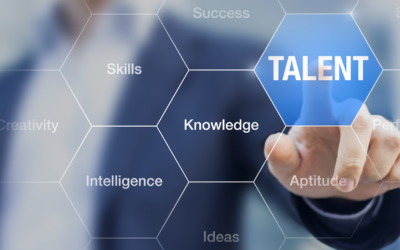 Everyone is eagerly looking for the end of the pandemic and for the business environment to return to a more normal state. For Sales Managers and Dealers, the faster they can get their sales organization to true full productivity, the quicker the company can recover...

Communicating to Build Engagement and Community

Communication is the life‑blood of any relationship. Given this fact, is it any wonder that in companies in times of turmoil, there is a strain on relationships and the quality of communication between employees and management deteriorates? For an organization to be... 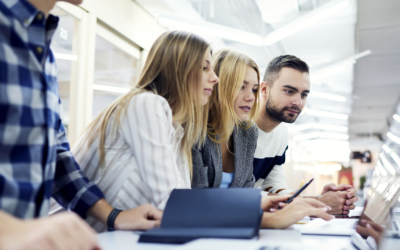 Leading Others Through Difficult Times

It has been said that in times of stability management is needed, and in times of difficulties and chaos leadership is essential. Today we are experiencing a time of time of difficulty and chaos few have seen before. Now more than ever, there is a need for...

Sign up for our newsletter to share ideas and insights that are valuable for our clients and our friends.